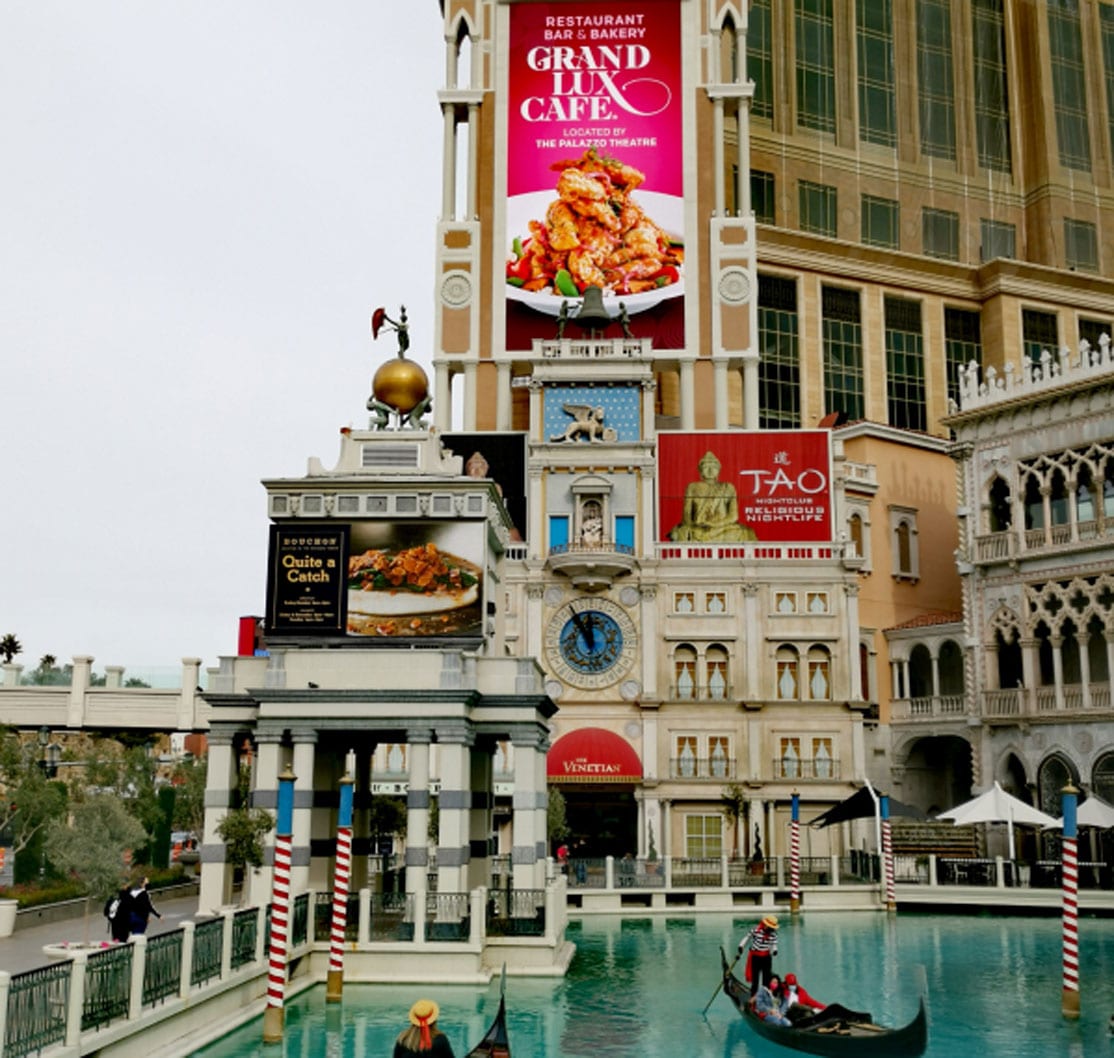 The Mandalay Bay Project is a unique and exciting story. Like other Yaham projects, the goal was to upgrade the existing system, creating an attention-grabbing showstopper to serve the needs of the hotel for years to come.

Mandalay Bay had an older display that no longer functioned at an optimal level. It was nearly impossible to find spare parts, so an upgrade was necessary. The display was initially a freestanding sign that was part of a master sign program, meaning it needed to be viewed as an exoskeleton of what already existed. The original parts needed to be stripped out so the display size could be doubled, while working around existing conditions.

The Yaham team worked closely with all Mandalay Bay stakeholders from project inception through the bidding process. Yaham proved to be the strongest partner, earning MGM Resort’s business and highly sought after Mandalay Bay’s “Project Pylon”.

The project required refurbishment of all existing electronics to modernize connectivity and provide a state of the art visual brand experience for the hotel.

Mandalay Bay initiated the project to extend more visual appeal to the property as well as entice potential guests with onsite offerings. This was accomplished by doubling the size of the LED façade with Yaham’s iStrong SO Series modules increasing performance and pixel pitch. To do this, Yaham and support teams needed to shut down entrance lanes and work around pedestrians. To make the job easier, most of the work was completed at night to have minimal impact on hotel operations. 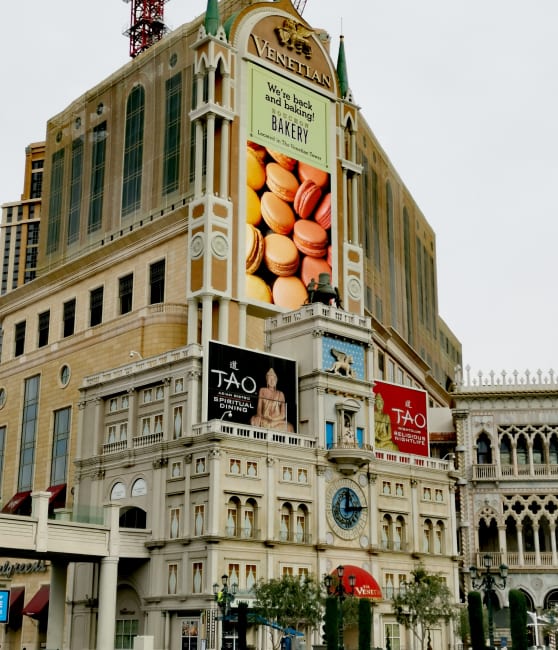 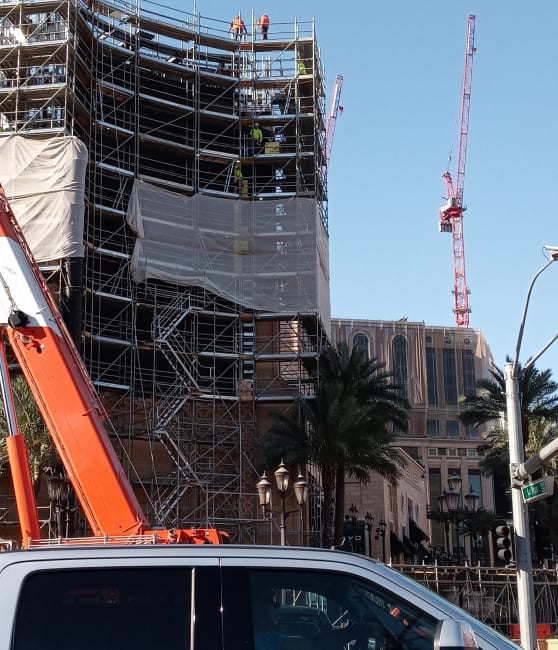 There were several challenges associated with the Mandalay Bay Project. Signs should complement an environment not dominant it. That’s where making an original classic comes into play; keeping with the general landscape while providing a leading edge experience. For instance, it was difficult to expand in size because of the existing infrastructure. The display also only worked at about 10% capacity, and as previously mentioned, it was almost impossible to find replacement parts with deteriorating performance affecting brand image.

The display was originally constructed in likeness to the building facade, with numerous air-conditioning units and cell phone antennas inside. To begin the project, Yaham needed to set up equipment and take great care to avoid interacting with the antennas inside the building structure. This was an immensely important part of the project. To avoid heavy traffic and pedestrians, a hydro crane was brought in at night to do the heavy lifting.

Yaham installed a display with a 16mm pixel pitch. This was a vast improvement over the 25mm display originally at the site. The old display was difficult to read and suffered frequent outages. When the display did work, it did not function in high definition, losing dominance against other displays in the area.

Being able to retro fit into an existing structure and improve to a newer technology is where the technical team behind Yaham’s success shined. For over two decades, Yaham has been a leader in the Las Vegas LED Display market. Specifically, for the knowledge of outdoor products that can withstand the Las Vegas elements.

The S0 from Yaham is sold in Over 113 counties and counting! Yaham’s SO is a cornerstone of decades-long experience in outdoor LED displays. After years of relentless R&D, the S0 is among the most reliable modules in the display industry.

The new product’s 16mm pixel pitch and a rear-double face access ensures hassle-free servicing. This rear serviceability allows a crew to work on the display without interrupting the public view, modernizing the pylon for a sustainable period. 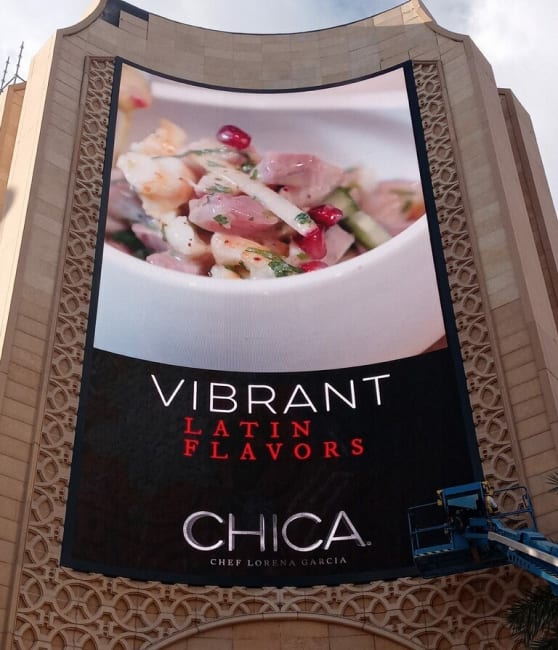 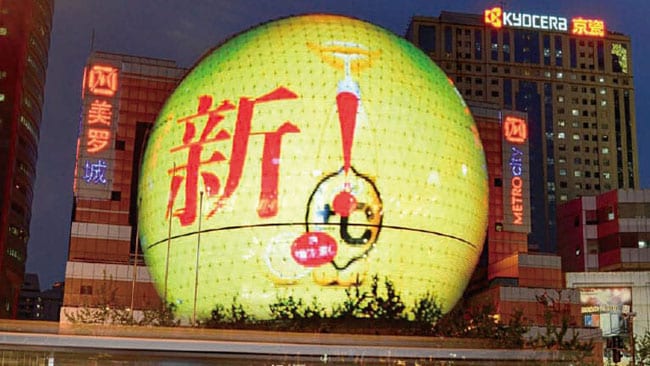 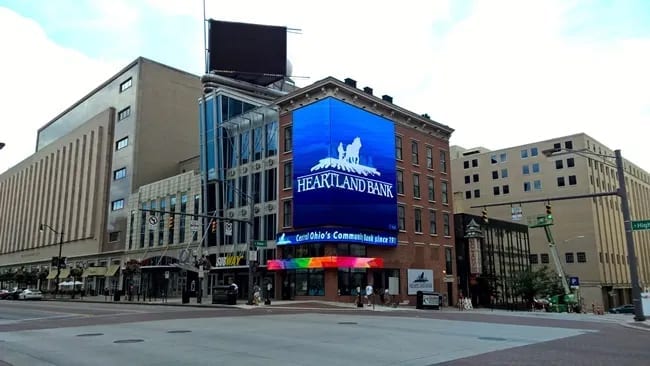 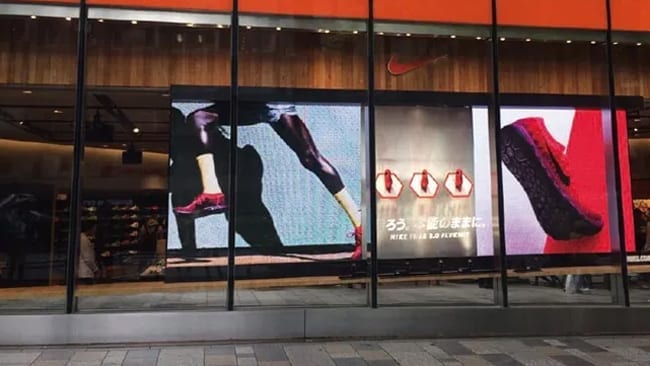 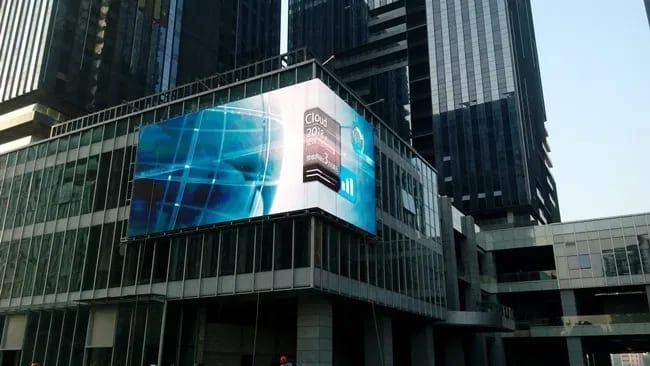 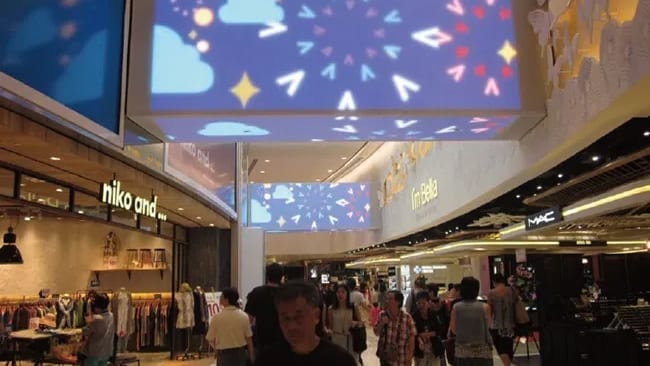 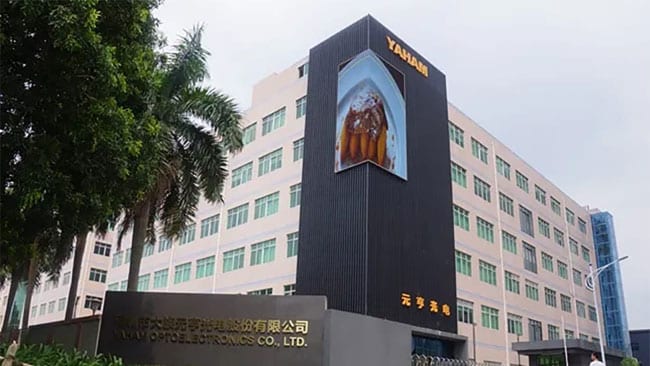 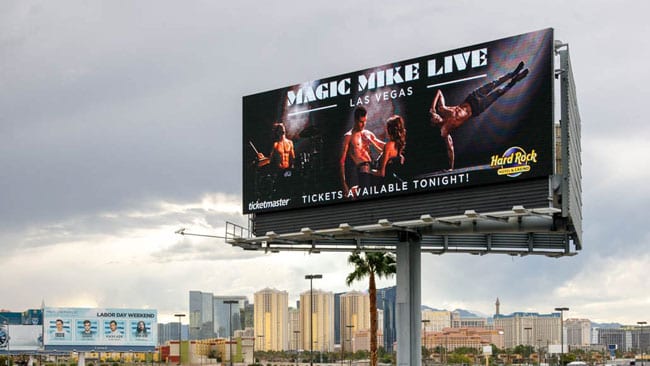 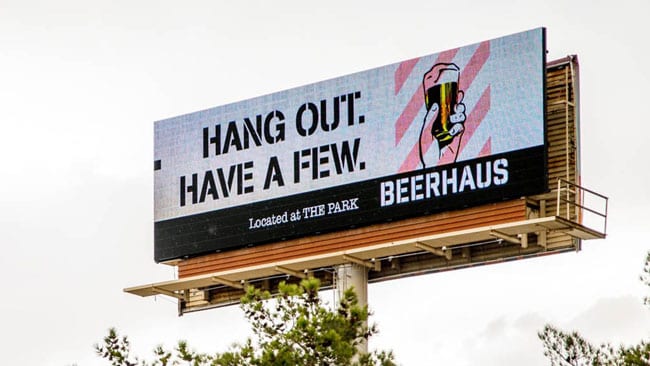 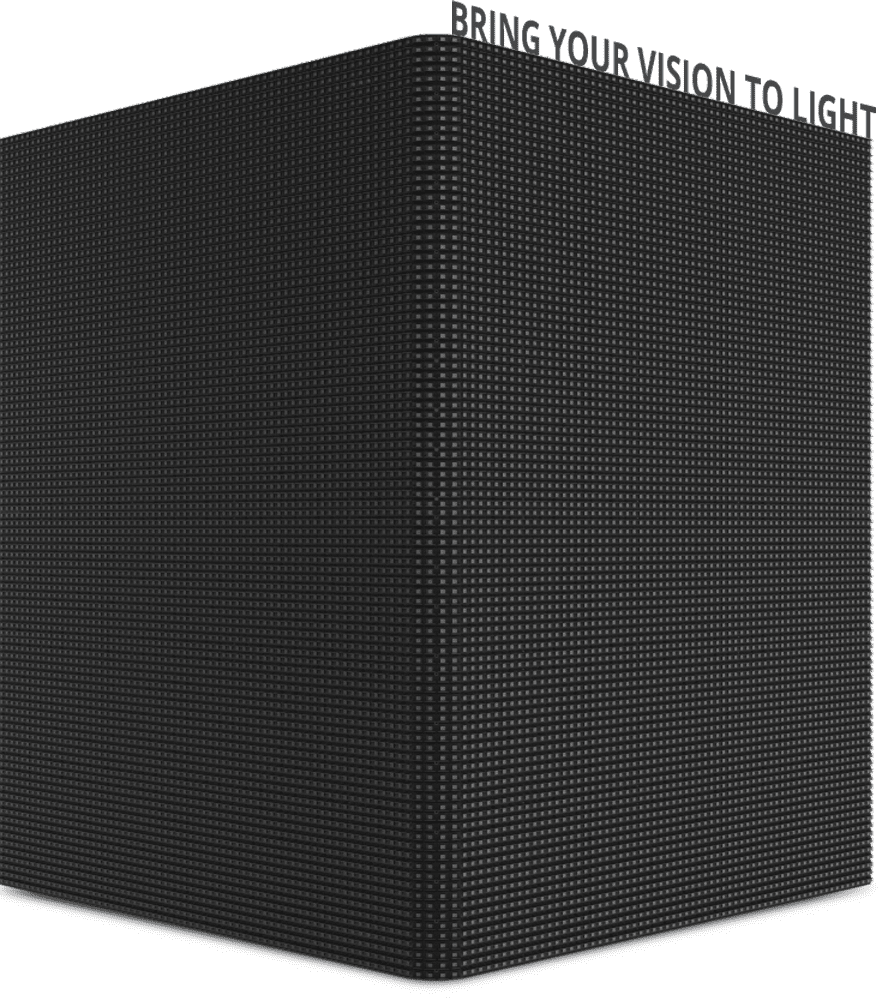 Going Above and Beyond

The project originally began as a concept drafted by the Mandalay Bay marketing department. From that vision Yaham was tasked with bringing their idea to life.

From design drafts, to manufacturing, approvals, and implementation, Yaham took the lead on the project from the beginning. We worked with the municipality to ensure the new display could be installed safely while keeping the needs of the public in mind. Our project management team handled every step of the project and remains the primary point of contact for all operational facets, The Mandalay Bay Project continues to dominate the landscape of the infamous Las Vegas Strip, and is an example of ingenuity and technology at work maintaining the stature of a Las Vegas icon. 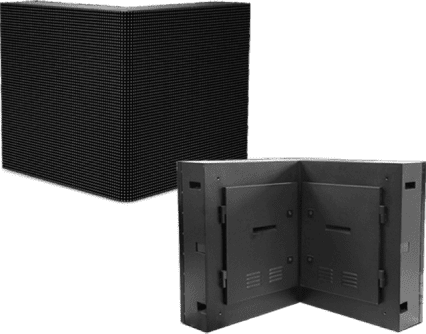 Contact the Yaham team today to learn more about the power of LED signage. We are happy to help you find the right solutions for your business needs and budget. When you are ready, request a quote to take your first step towards upgrading your digital displays.