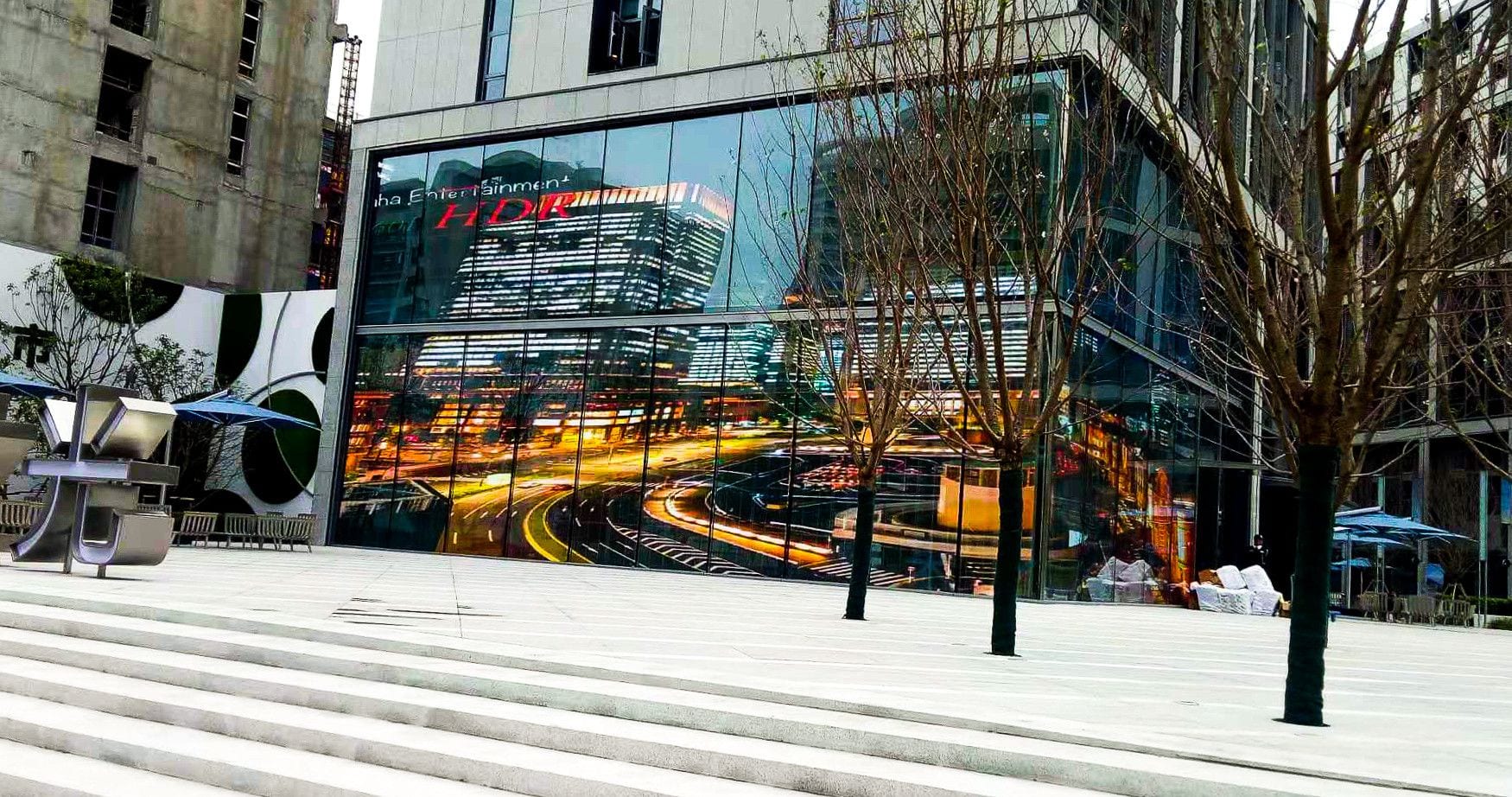 No matter how many transparent glass LED displays you have seen, each one stops you in your tracks. This ultra-modern fusion of art, advertising, and technology is so captivating that its newfound popularity in no way diminishes its effect. Besides the obvious visual impact, what is behind the increasing use of this type of advertising? Here are six reasons transparent LED displays are so popular.

LED stands for light-emitting diode, which is a semi-conductive material that gives off light when an electric current runs through it. LED technology has been around for all of Generation X’s lifetime but initially had limited usefulness. It is only within the past decade that researchers have used LED technology to bring transparent displays out of science fiction movies and into hometown storefronts.

The superiority of LED bulbs, not just their novelty, is what drives continued advancements in the field. LEDs do not emit heat, which makes them far superior to traditional incandescent or even fluorescent (LCD) bulbs. One key development was the use of carbon-based molecules to create organic LEDs. This same technology that made smartphone screens possible is also behind curved transparent LED displays.

Every freshman enrolled in Marketing 101 knows that the appearance of a storefront can make or break a business. Potential customers spend only a few seconds deciding whether they want to enter, based primarily on an emotional reaction to their first impressions. While signage and product displays are invaluable forms of free advertising, potential customers also react positively to the simple ability to see inside the store.

Transparent LED displays give the best of both worlds by utilizing window space for advertising, while still providing the benefit of 55% to 93% visibility. Thus, customers can both read or experience information about the business while looking in. The see-through aspect also creates a more positive indoor ambiance, allowing natural light to shine through the inconspicuous display screen.

According to the Internet Advertising Bureau, a message is not viewable by consumers unless at least half of the banner is on screen for at least one second. With a transparent LED unit, your display will catch the eye of passers-by for much longer. It will also hold their attention and generate interest in a way not possible with online platforms.

Not only are transparent LED displays hard to miss, but they are also easy to read. Due to the high number of lumens each bulb emits per watt of energy, people can see them from a distance and easily make out words, even in full sunlight. You can also choose from a range of pixel pitches to give your display as much detail as you want.

Unlike a roadside billboard, you can adapt a transparent LED display to a variety of settings by using existing structures. For example, businesses based in buildings with large windows can take advantage of the outdoor space while still honoring the original architect’s vision. Smaller displays work just as well indoors because scaling up or down does not affect the brightness, resolution, or transparency of the image.

Another feature that makes LED displays adaptable is their ease of installation and maintenance; many models do not even require professional installation. Because an aluminum alloy is the primary building material, even the largest units have a surprisingly low weight of approximately 7 pounds per square foot and arrive as modular panels you can snap together easily. Simply mount and plug in the built-in power source.

Some display designs are so elaborate that they give some the mistaken idea that only expert computer programmers could use them. The truth is, however, that transparent LED displays are simple to program using just your PC and some digital software that uses jpg, MOV, or MP4 media formats. The software is user-friendly and many brands even have free versions available for download.

Once you have created your presentation, use a common digital input cable to upload it. The program tells the individual bulbs when to shine, resulting in the images you want. You can modify the program from wherever you are, as long as you have internet access. For example, you can remotely program multiple displays to have unique signage or put the same message on multiple devices.

Unless you have an unlimited budget to spend on monthly utility bills, energy efficiency is important to you. Compared to an incandescent bulb, which converts only 10% of the electrical energy applied into light, an LED converts 90%. Apply those percentages to the number of kilowatt-hours on your electric bill, and you can see how the savings add up quickly.

Transparent LED displays also use less energy than other digital signs, including LCD projectors and even opaque LED displays. The small bulbs have lifetimes of up to 10 years and are inexpensive to replace. Unlike LCD bulbs, they do not contain mercury or halogen gasses that require special disposal or that create an unsafe situation should they break.

If you have seen transparent LED displays and been mesmerized by their vibrant colors and sharp details, consider installing one of your own. Yaham is an international leader in digital sign innovation that can turn your idea into a reality. We have been in business for over 25 years, and have installed more than 50,000 projects. Call us today for a quote at 702-909-6059, and find out for yourself why transparent LED displays are so popular. 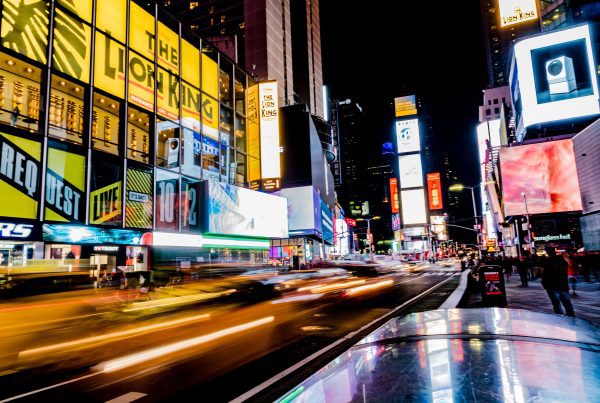 Outdoor LED Signs – How They Work, How Long They Last, And How Much They Cost 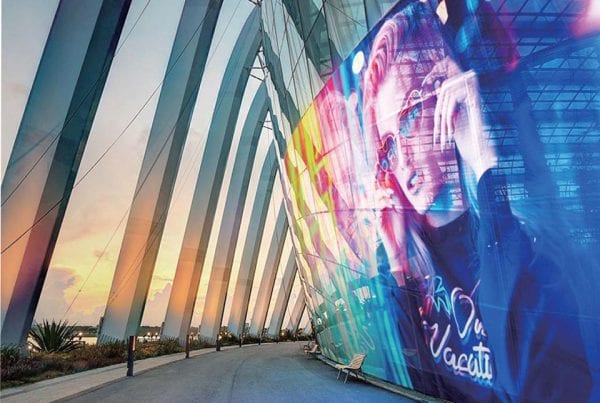 Looking for a Transparent LED Display? We’ve Got You Covered 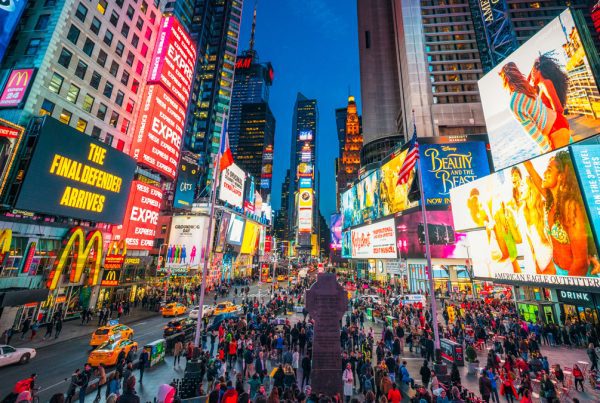 How Does An LED Billboard Work In Advertising?